Radboud Translational Medicine’s young team consists of enthusiastic employees who have earned their stripes in the (radio)pharmaceutical industry, science and medical imaging. Together, we are committed to the development of radiopharmaceuticals for use in daily medical practice and biomedical research. 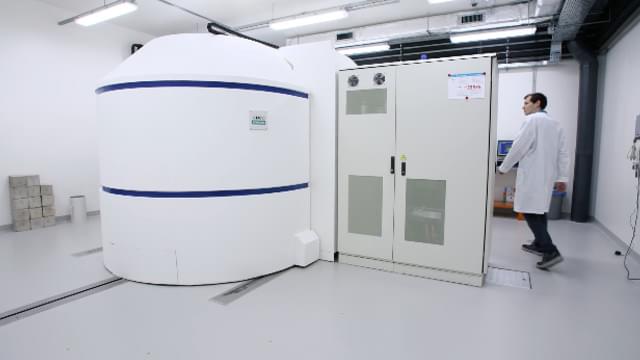 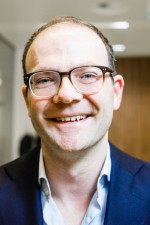 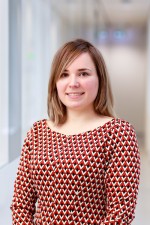 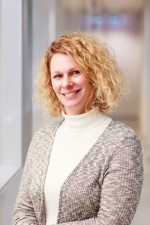 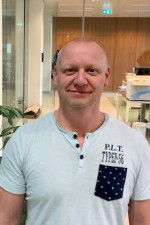 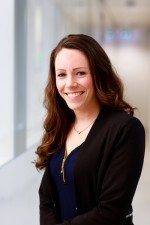 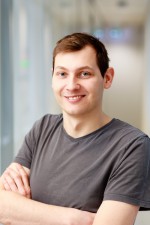 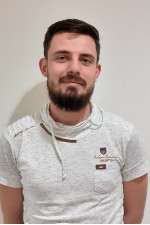 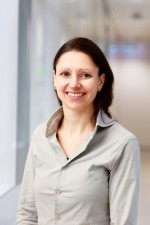 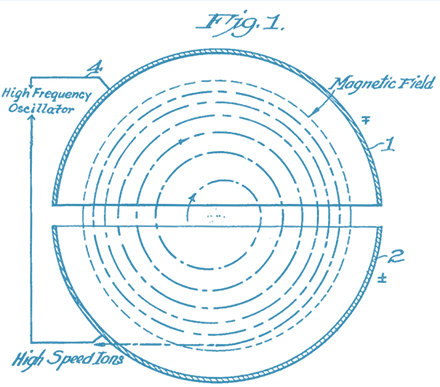 RTM from the start

The possibilities for a cyclotron facility in Nijmegen are evaluated for a first time. Plans are shelved for the time being, mainly due to issues concerning financing.

Ambitions flare up again. A cylcotron facility with laboratories is considered an important missing link in the translational chain.

A business plan is made. This is the basis for the application for a subsidy from the European Regional Development Fund.

The subsidy is awarded and Radboud Translational Medicine is founded on August 18.

On August 14, construction is finalized. Minister Schippers (Ministry of Health, Welfare and Sport) officially opens the facility on December 9.

In October, the GMP-certificate is awarded by the Health Care Inspectorate.

The first deliveries of FDG to the Radboudumc take place in December.

In November, a new GMP-certificate is awarded.

In May, RTM starts processing QuiremSpheres​. This involves dispensing and final QC. 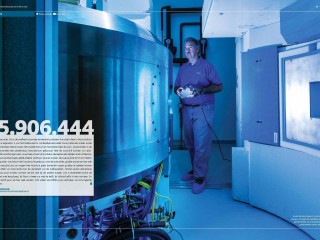 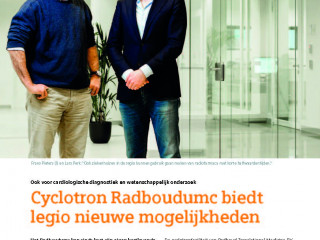 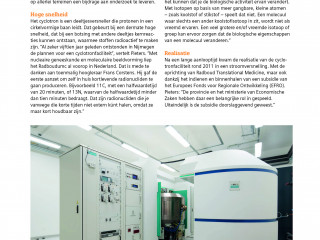 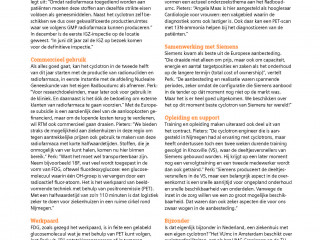 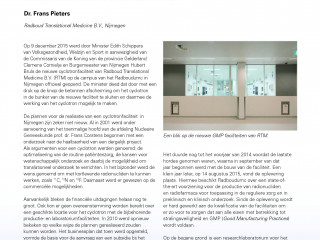 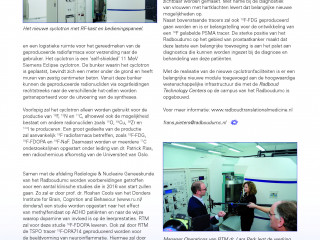 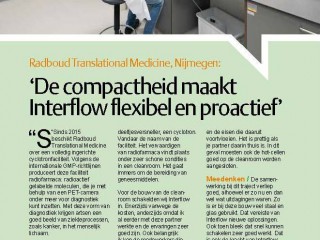 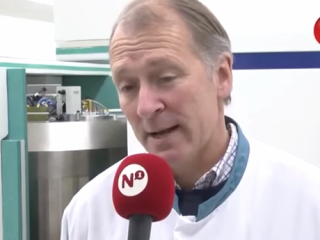 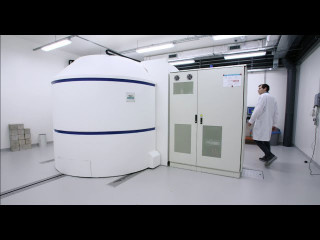 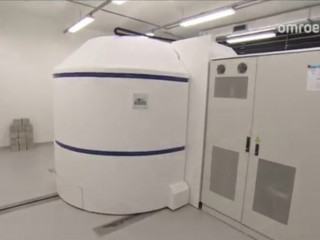 Nuclear medicine is a dynamic discipline and development is still in full swing. The availability of better cameras and software has led to an impressive improvement of the possibilities for nuclear diagnostics.

With the use of new radiopharmaceuticals, better visualization of disease processes is possible. Doctors can make better diagnoses and better choices when it comes to the various treatment options.

In this way, nuclear medicine delivers an important contribution to the development of the ‘personalized medicine’ concept, a customized treatment for every patient. This prevents the ineffective use of means, saves the patient from undergoing severe treatments and ultimately improves the treatment outcomes.

Positron emission tomography (PET) is also increasingly used in the development of new medicines. This technique can provide a valuable contribution to the research to elucidate the cause of diseases like many cancers, Alzheimer’s disease, Parkinson’s disease and diabetes.

On June 23, 2011, the Management Authority of the Provinces of Gelderland and Overijssel awarded a subsidy with a maximum amount of € 8,2 million euro from the European Regional Development Fund (ERDF) to the Consortium Translational Medicine (CTM, collaboration between Radboudumc and Radboud Translational Medicine) for the realization of a new cyclotron facility.

ERDF aims to strengthen the local knowledge economy, the regional innovative power and the competitive position of companies in the region. The ultimate goal is to improve the position of the eastern Netherlands as center of expertise for translational research. The initiative strives to stimulate the creation of opportunities for innovative initiatives and the collaboration between companies and knowledge institutes.